If you live in Brisbane, get ready for a real treat in 2015, when there’s more football to see played than ever before. Even if your game of choice is Rugby League or Australian Rules, buy a ticket to see some world class football or soccer, as the locals call it, because Brisbane in Queensland, Australia is going to host 7 international matches.
In Brisbane, there will actually be 7 AFC Asian Cup matches, so register now to get your tickets, the Suncorp stadium may hold 52,500 seats but it’s sure to be a sell-out. The AFC Cup here in Brisbane begins on Saturday January 10, with the first match Saudi Arabia up against China and the last match in Brisbane is scheduled, Iran versus United Arab Emirates on Monday January 19. Of course the real rush for tickets will be for Saturday January 17th game when Australia plays Korea in Pool A.

It’s the first time Australia has hosted the Asian Cup after joining the confederation in 2006. Out of the 16 teams, Australia, Japan, South Korea and North Korea are already assured of their places with 12 others spending the next few months doing the very best to join them. Thousands of international visitors are expected to come and holiday in Brisbane and support their team in the Asian Cup. Be aware that the matches are being played in the Australian summer school holidays, so book your Brisbane accommodation ahead of time. Brisbane railway is the quickest and easiest way to get the AFC Asian Cup matches, as the train stops directly at Suncorp Stadium, whereas car traffic is generally slow always during football games. It takes 23 minutes to walk to the Stadium from Brisbane city or 14 minutes by train, with Brisbane transport leaving every 15 minutes. Possibly there will be more choice of Brisbane hotels to stay at too, as corporate and business travellers to Brisbane, generally are still on annual holidays until mid January.

If you’re looking for things to do in Brisbane before or after the AFC Asian Cup, we recommend some half day activities, such as a visit to Lone Pine Koala Sanctuary, enjoy a Brisbane River City Cruise or float over the Brisbane hinterland with Hot Air Balloon Brisbane with a champagne breakfast at a Vineyard and relax the rest of the day, then get to the AFC Asian Cup game for a 7pm kick-off. Definitely a must do Brisbane activity, is to visit Tangalooma and pat a wild dolphin, we recommend doing this on a free day during the Asian Cup, as it is a full day activity.
Remember too, that Brisbane’s Suncorp Stadium will also be the venue for the second Quarter Final on January 27, when all of Asia will be watching to see who wins. 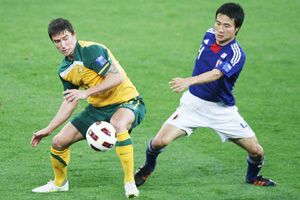